With the NFL regular season wrapped up and the playoffs kicking off, NewYorkBets.com is taking a break from NFL betting for a moment to analyze both of the Big Apple teams that call MetLife Stadium their home.

Neither team had a shot at the Super Bowl this season, as both the New York Jets and New York Giants finished with the same record of 4-13 in their 2021-22 season, tallying just 8 wins for the New York teams.

With similar records, it is interesting to break down each locker room, and see which team was better at all the positions. By looking at position-by-position, we take a glance at which team actually had a better year. 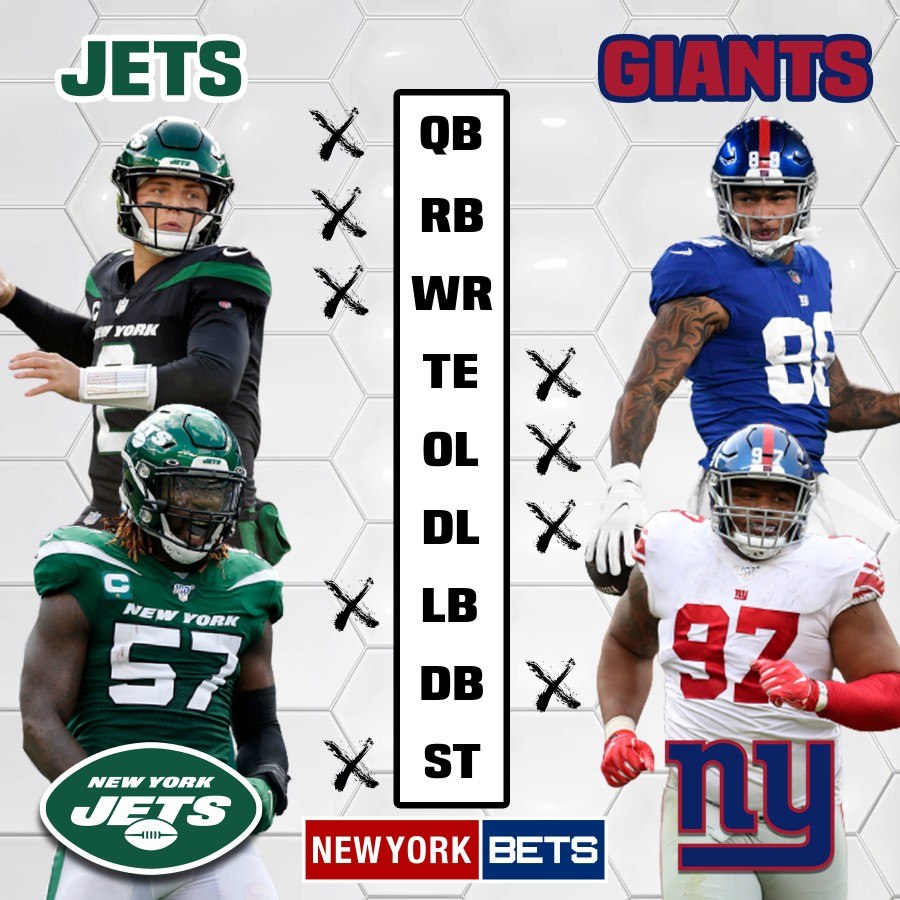 It was another tough year for the New York teams, as neither had a chance at playoff contention and a Super Bowl run. There will be a lot of questions entering the offseason before next season's preseason games start, as the Giants just fired coach Joe Judge before he had a chance to enter his third season. The Jets, however, will have some continuity going into Robert Saleh's second year with the team. 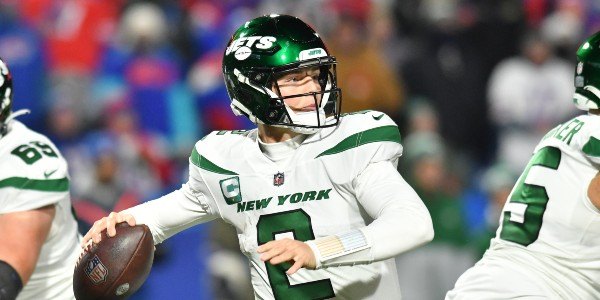 While Zach Wilson showed flashes of his talent, the No. 2 overall pick had an underwhelming rookie season. The Jets ranked 20th in the NFL in passing yards per game. A first round draft pick, Jones and the other Giants' quarterbacks ranked 31st passing yards per game in the 2021 season. Mike Glennon played in 6 games, but his future is uncertain. 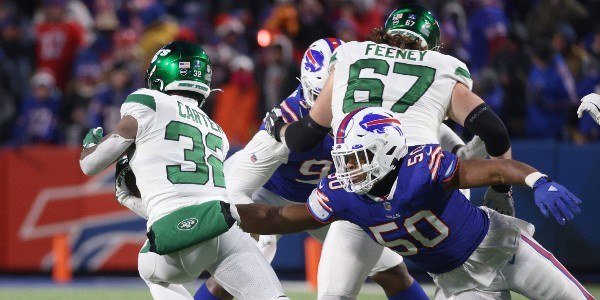 The Jets had 6 more rushing TDs, while the Giants averaged 4.0 yards per attempt. The Jets had 10 less rushing fumbles and averaged 4.4 yards per attempt, and their running backs combined for more receiving yards and more receiving yards after contact than the Giants in a significant amount of fewer receptions. That being said, the Giants still have Saquon Barkley, and while he may be underperforming, he still has potential to be one of the top backs in the league. 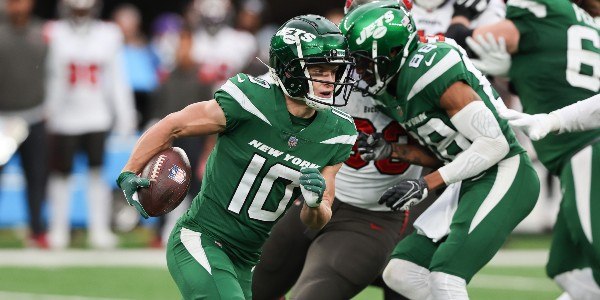 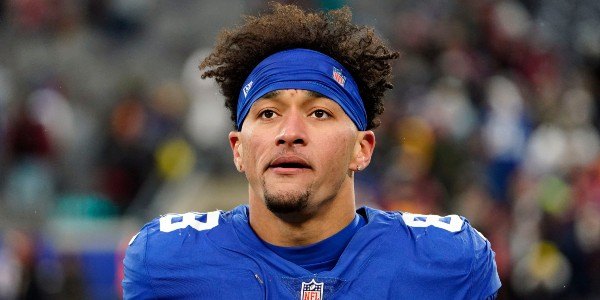 Led by veterans Rudolph and Engram, the Giants tight ends tallied 665 yards and four touchdowns. The Jets, with a younger group, had 434 yards and three touchdowns. 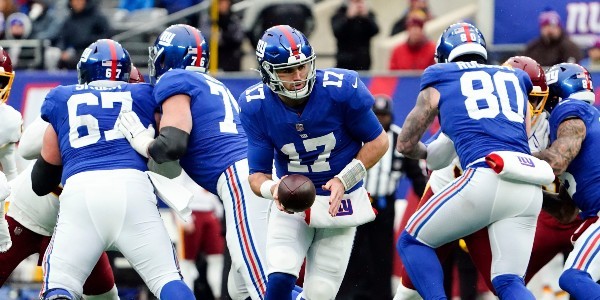 Jets QBs felt pressured 175 times during the season, while the Giants OL only allowed 150 pressures on their QBs. Wilson and Co. felt pressure 28.8% of the time, while Jones and Glennon only felt pressure 23.3% of the time. According to Pro Football Focus, out of the five offensive line starters who appeared the most in games, the Giants had the three highest grades out of the 10 players between both teams. 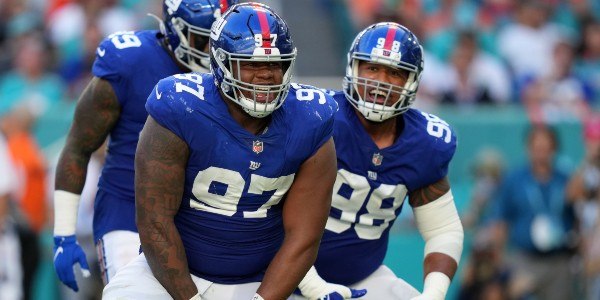 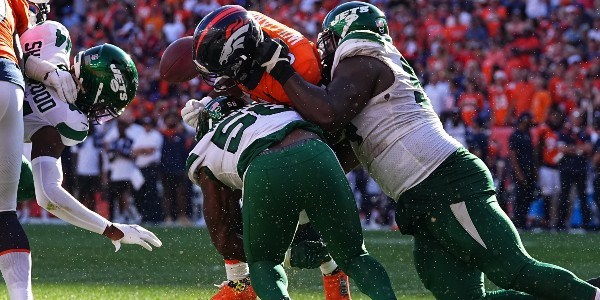 While the Giants linebacker unit had a higher pass defensive rating and more sacks, the Jets had two of the top linebackers in the league. C.J. Mosley had 103 solo tackles, ranking him No. 2 among all NFL defensive players. Additionally, Pro Football Focus graded Quincy Williams in the Top 15 of all linebackers. 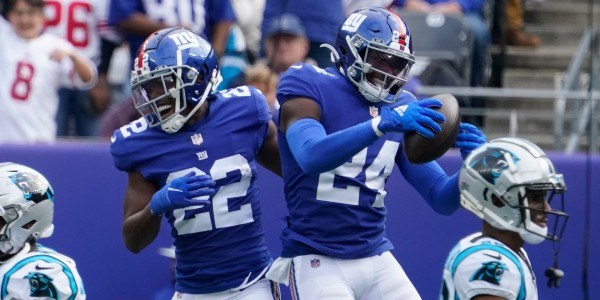 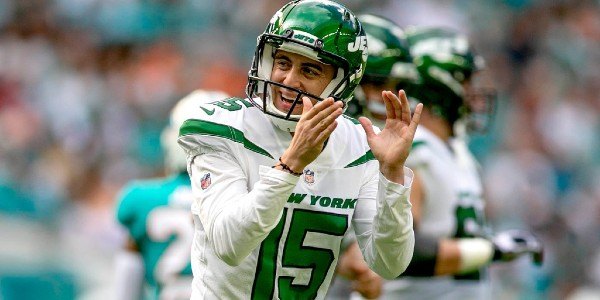 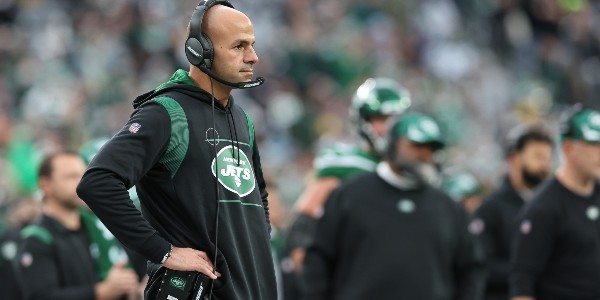 After a tough first year, Saleh will look to have a better second season as Jets head coach. Regardless, the Jets are still in a better position than the Giants, who just fired Judge after two seasons, and have yet to announce who they will hire next.

Now that New York online sports betting is officially live, many operators are actively promoting new bonus offers. BetMGM New York has one of the best promos available, and is one of the most well-respected betting operators in the industry.

Hunter Hewitt is an experienced writer and content professional in the digital media industry. Hunter has nearly a decade of experience spanning across writing, editing, website management and various forms of marketing.